A couple of weeks ago Proton Beast recorded a new single, Tetris. For me this tune showcases a shift in interest tonally for the band: Digital drum sounds (my new (ancient) Simmons MTX 9), guitar arpeggiators, and vocoders.

It was recorded, mixed and produced by Edward Castelow in his space at The Lab in Mount Eden.  I thought he did a pretty awesome job. Have a listen.

In other news, we're going on tour this week. Here's the tour poster for the South Island. Come down for a brew! 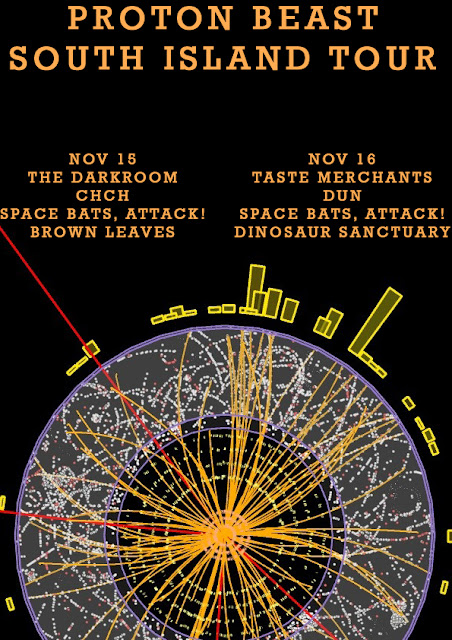