With the arrival of my fittings and hardware from the Precision Drum Company, it was time to measure and drill my drum shells.

To make things way easier, I downloaded a drum layout mat from Drummaker.com, and got it printed at a local print shop. These things rule, you just put you drum on the mat, and it's got all the markings for the tube lugs marked out. No goofing around with protractors! 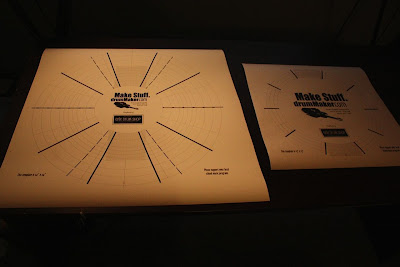 The drum mats
I used a set square to mark out how deep the holes were going to be drilled. Let there be no misunderstanding, I was extremely paranoid of making a mistake, and probably re-measured the shells about 4 times before I was happy. The last thing I wanted to do was end up with extra random holes all over my lovely new kit. I'm glad I did too, because I discovered some pretty silly errors along the way. 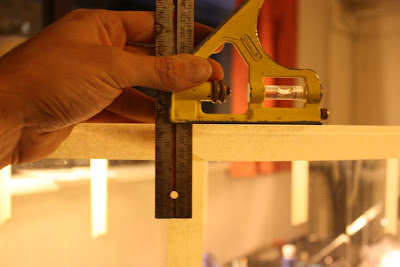 Marking out the shells.

Once it was all measured out I went down to my old work where they very kindly let me use their drill press. The mechanical engineers looked at what I wanted to do, shook their heads, and told me it was going to be a really nasty job. Acrylic is a very brittle material, and is prone to chips and cracks. Plus I didn't really have a proper jig to back the shells, let alone a vice hold them steady. Of course being the idiot I am, I thought nothing of it and started going for it.

Yeeeeesh! They weren't joking! I quickly realised that I was going to have to step up the drill bit size really gradually otherwise I was going ruin the shells. After three hours drilling the bass drum, I tried using my unibit which I used for drilling some of my home-brewing vessels. Voila! It went through the shells like a hot knife through butter, with no cracking whatsoever. I think I managed to drill the remaining three drums in less than the time it took to do the bass drum with traditional high speed drill bits. 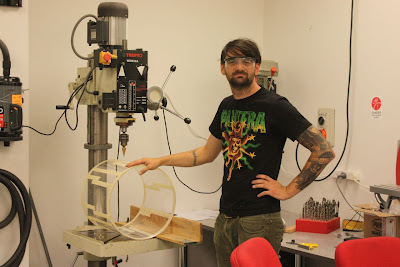 Of course in classic Stu style I still managed to make mistakes. Because I had laid out the lugs "offset" I ended up placing one of the bass drum spurs too close. After a bunch of swearing and self-flagelation I took a deep breath, and picked up the Dremel. 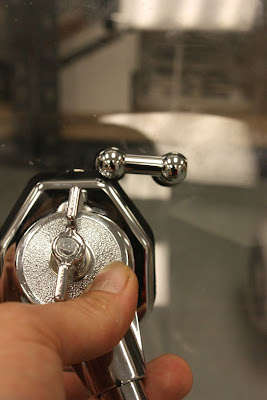 Classic Stu mistake: Spurs too close to the tube lug.

For those of you that didn't get the memo, the Dremel is the coolest multi-tool you can buy. It can do a heap of different things, but I mostly use it for cutting and grinding. I ground back the offending edge of the spur in 2 minutes flat, and my blood pressure returned to normal. 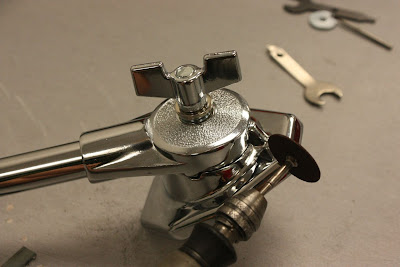 About to get my grind on. 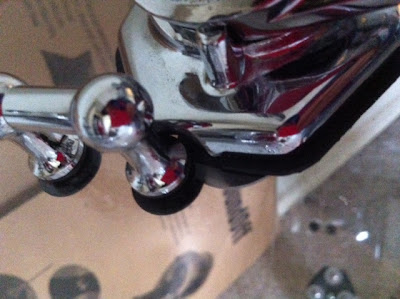 Fixed! You can hardly tell right?

So with that all done I could assemble the snare and floor tom. I'm still working on the bass drum hoops, that'll be another post. I gave the snare a test run last night with Anthonie Tonnon and it was sounding bangin'. Check it out! 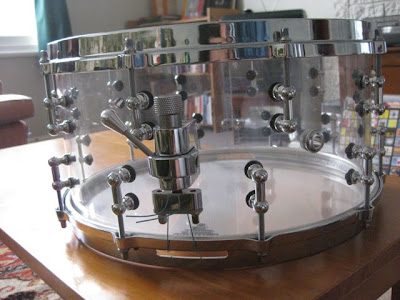