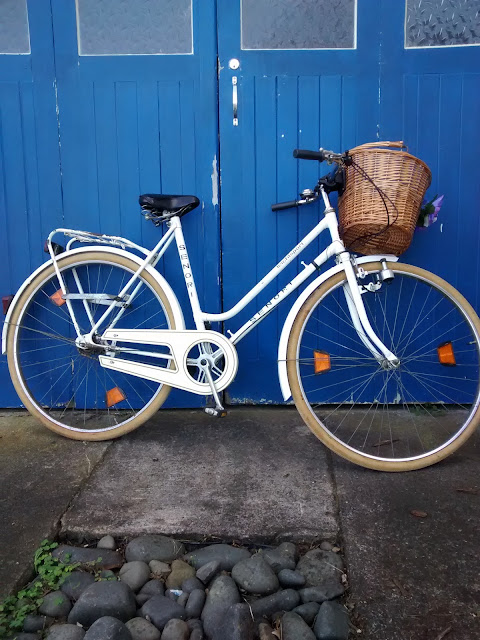 Behold, the Leichtsport "Senori". This will provide the skeleton for the build. One of the main requirements for the bike build was not having to need to change clothes to ride the thing. Hence, I made sure the bike had a step-through frame, and a chain guard allowing Jenna to be able to ride in a dress. It also doesn't look too dorky (unless I ride it), which was another requirement.

One thing I'm a little concerned about with the bike is the tyre size. Printed on the tyres is:
28x1-3/8x1-5/8. According to http://biketiresize.com/ this is the same as 700 x 35C - but I'm not going to believe it till some new tyres are fitted.

The frame is a bit rustier than what it looks like in the picture (and the picture I saw on Trademe) - so I may end up completely stripping the frame and re-painting it.  However all this stuff will happen after I've installed the motor and gotten things running.